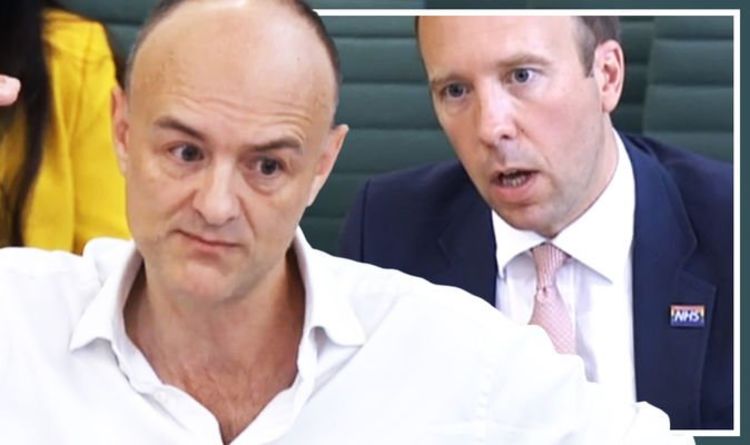 The Prime Minister’s former chief aide launched a blistering assault on the Health Secretary when giving evidence to the health and science select committees two weeks ago.

In over seven hours of testimony he accused Mr Hancock of being “disastrously incompetent” and said he “should’ve been fired for at least 15, 20 things”.

In explosive allegations Mr Cummings accused the West Suffolk MP of lying to the Prime Minister about promising to test all patients for Covid between being moved from hospitals to care homes, and of undermining the UK’s test and trace programme.

The former Vote Leave mastermind also hit out at the Prime Minister, claiming he was unfit for high office.

The Government was left on the back foot following the testimony, forced to defend its record on the pandemic to the public in the immediate aftermath of Mr Cummings’ testimony.

Today will be the chance for Mr Hancock to thoroughly set out his version of events in the early stages of the coronavirus crisis.

MPs on the health and science committees are carrying out a joint investigation into lessons learnt from the pandemic to help the UK better prepare for future health emergencies.