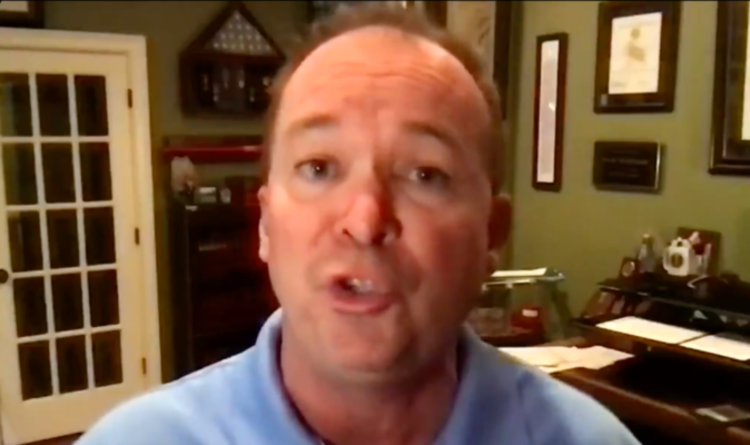 It follows reports anticipating a warning from President Biden to the Prime Minister and EU about the Northern Ireland peace process during the G7 summit this week. The US President arrived in the UK on Wednesday for his first overseas visit since taking office.

According to The Times, America’s most senior diplomat in Britain, Yael Lempert, reportedly told Brexit Minister Lord Frost last week that the Government was “inflaming” tensions in Ireland and Europe due to its opposition to checks at ports in the province.

But former US Special Envoy to Northern Ireland, Mick Mulvaney. suggested that Mr Biden voicing his support for the Good Friday Agreement was, in fact, “inflaming” the situation.

He told BBC Newsnight: “The US seems to be inflaming things itself, when level heads are probably what we need right now.”

Mr Mulvaney stressed that “everyone” wants the Good Friday Agreement, also known as the Belfast Agreement, to be respected.

He said: “We all want to see peace preserved, everyone wants to see the Belfast Agreement preserved, but he needs to remember that the heart of the Good Friday Agreement respects the union of the United Kingdom of Great Britain and Northern Ireland.

“So, yes, when you talk about America being back I thought that was what Joe Biden didn’t like about Donald Trump.

“Again, I think the policies between the previous Administration and this Administration are pretty much aligned, which is that we wanted to have everyone sit down and walk through what should be a negotiable type of thing.”