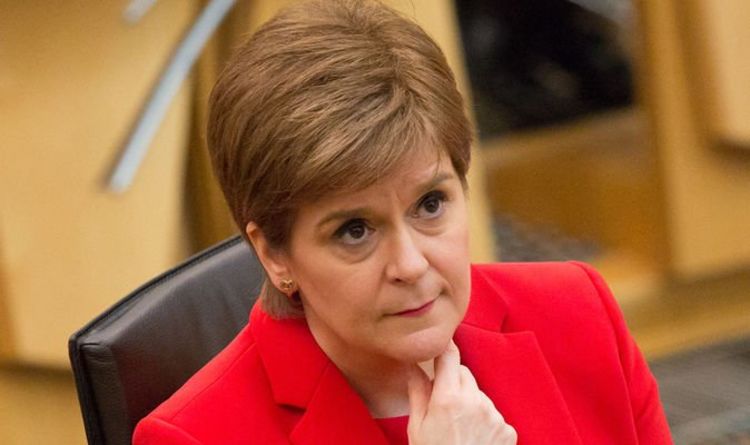 “I like the quirky design and the Scottishness but I think they’re an anachronism and their time has been on and gone.

“I believe in transparency and people around the world must be confused about the idea of Scottish banknotes being different to English ones.

It comes as Boris Johnson’s main adviser on battling Scottish independence has departed less than a fortnight after being made the head of Downing Street’s Union unit.

Oliver Lewis, a veteran of the Vote Leave Brexit campaign, is reported to have said his position was made “untenable” by others within No 10.

Mr Lewis replaced former Scottish MP Luke Graham as head of the unit earlier in February, just months before the Holyrood elections where calls for a second independence referendum will be the dominant issue.

Following Mr Lewis’s departure, Scottish First Minister Nicola Sturgeon tweeted: “Disunity in the Union unit. Or maybe just despair at realising how threadbare the case for it is.”

“As support for independence grows, the Tories are losing advisers like rats on a sinking ship. People in Scotland have a right to determine their own future in a post-pandemic referendum. Boris Johnson knows he cannot deny democracy any more than Donald Trump.

“The issue at the election in May will be this: who has the right to decide what sort of country we should be after the pandemic – the people of Scotland or Boris Johnson? The only way to ensure Scotland’s future is in Scotland’s hands not Boris Johnson’s is with both votes SNP,” Ms Oswald added.

Ms Sturgeon has also faced accusations of misleading the public on coronavirus vaccinations, as the Tories insisted a key target had been missed.

Scottish Conservative leader Douglas Ross said the First Minister had been “caught spinning the stats and misleading the public” after she said the target of vaccinating all over-70s and all those classed as clinically extremely vulnerable had been achieved.

On Monday Ms Sturgeon said she was “satisfied that we have met that target”, adding that “everyone in these groups has been offered the vaccine”.

But the latest figures showed that 143,752 80% of people on the shielding list have had their first jab.