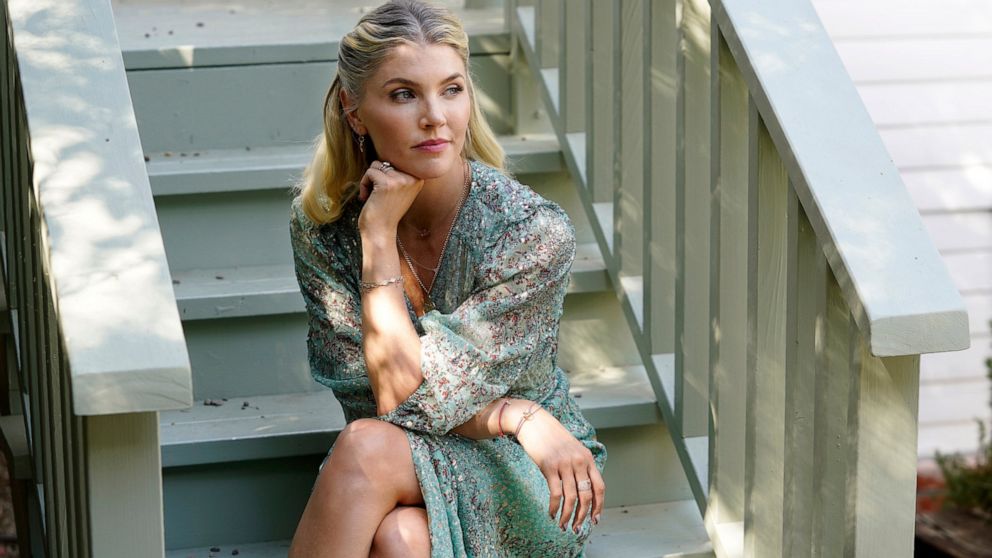 NEW YORK — As COVID-19 restrictions lift in the U.S., many are reacquainting with friends and loved ones, attending parties, booking vacations and celebrating a return to normal.

But for Amanda Kloots, 39, a fitness instructor and TV personality, it’s not a return to the life she had before the pandemic, and it never will be. Her husband, Nick Cordero, died from complications of the virus after more than 90 days in the hospital. He was 41 and had no prior health problems.

Cordero was an actor and singer, best-known for his work on Broadway in musicals “A Bronx Tale”, “Waitress” and “ Bullets Over Broadway,” where he met Kloots. They married in 2017.

“I hope people don’t forget what our world was a year ago, said Kloots in an interview over Zoom from Los Angeles. “Because of what I went through and how traumatic it was… I will never forget what that was. And because of that, I’m taking a slow roll back into society. It’s a little harder for me to be back in huge, big groups. I’m not there yet.”

Kloots has become a face of COVID-19’s devastation. While Cordero was hospitalized, Kloots posted updates on her social media. It led to a daily virtual dance party to Cordero’s song “Live Your Life” as a battle cry to wake him up. The well-wishes spread to celebrities including Sylvester Stallone and Priscilla Presley, plus people across the globe whom had never even met Cordero or Kloots, but felt emotionally invested.

Kloots says “it means the world” if her story has helped others who also went through their own loss from COVID-19, or just felt moved to appreciate life and loved ones.

In this rollercoaster year, Kloots says she’s gotten used to experiencing highs as well as lows. A major win came in January when she was named one of the hosts of CBS’ “ The Talk.”

Kloots has also released a new book called “Live Your Life: My Story of Loving and Losing Nick Cordero.” She wrote the book with the help of her younger sister, Anna, who along with their older brother, Todd, dropped everything and moved in to help care for the couple’s infant son, Elvis, while Cordero was hospitalized. Kloots writes that they helped create order and a sense of calm in her time of crisis.

AP: You really had to find your voice in becoming an advocate for Nick while he was being treated, at a really intimidating time. Would you advise people to do the same?

Kloots: Personally, for me, the minute I walk into a hospital, I’m just intimidated. So imagine. Yes, being in the ICU in the midst of a pandemic and you have four ICU doctors at the top of their game telling you, based on their experience, based on their education, which is a lot, what they think should happen, what they believe should be going on. It was very hard at times to hold my ground and to say “No,” or, “I have a crazy idea.” It was tough. But I encourage people to do it, I really do. And in the end, even the times I felt like so silly offering any suggestion that was coming my way via what I was Googling or what my Instagram army was telling me to ask. In the end, David Ng, Nick’s doctor, said to me, “It was the Wild Wild West and because you were offering so many suggestions and you were being so strong, we did things that we maybe never would have done.” And so I think it’s a testament to being as strong as you possibly can. It is hard and it is intimidating. But you are the best advocate for your person. And when you know your person like a husband and a wife does, I wasn’t going to give up on him until I knew that I had to.

AP: You speak of signs sometimes on social media. Have you had any signs you believe were from Nick recently?

Kloots: So many. The other day I was in the car after doing a couple of book interviews and after talking about Nick, you kind of instantly feel sad and lonely. So I got in the car and I said, “Nick, will you send me a sign, please? I really miss you, honey.” And one of the songs that comes on the radio all the time since he’s passed is “Every Breath You Take” by The Police. I turned on the radio and it came right on. It finished, I turned the station and it was on again. It was literally like Nick being like, “I’m watching you. I’m with you through this every step of this way.”

Kloots: “It’s crazy. Just yesterday I was looking at him and I was like, ”Look at Elvis right now. He literally looks like he’s grown up five years in two days.” He’s wonderful. He’s such a lover. He’s an old soul. I’ve always said it from the day I locked eyes with him, he’s just a beautiful little boy. He’s my best friend.