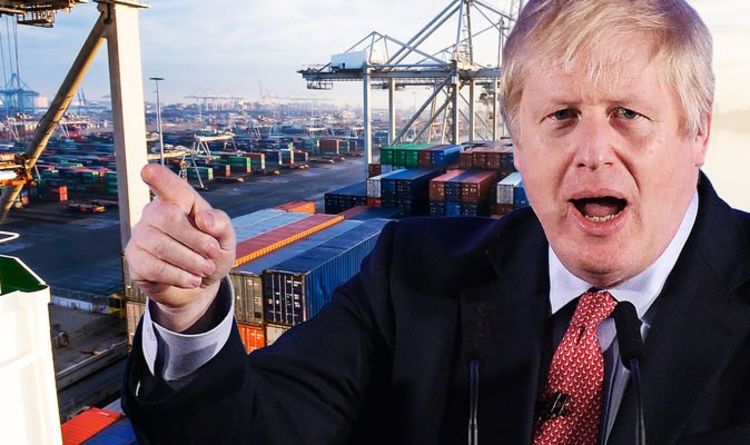 His warning comes after Brussels refused to hand Britain a Canada-style trade deal despite being members of the bloc for 45 years. In a televised statement, the Prime Minister lashed out at the EU and said the UK could go for the “Australia solution”.

Last month, Mr Johnson gave the EU a deadline of October 15 to agree on a trade deal.

But despite the Prime Minister giving the bloc an extra 24 hours to agree on a deal, the extended deadline proved not to be successful.

Mr Johnson was told to walk away from negotiations by Brexiteers as the EU refused to budge on major issues such as fishing rights.

And now, former Tory leader and pro-Brexit campaigner Iain Duncan Smith has said Mr Johnson is not bluffing when it comes to walking away from crucial talks.

He said: “This was particularly the case with control of our fishing waters.

“That’s why the statement from the European Council actually had the cheek to blame the British negotiators for not having got a deal and demanded they make concessions.

“I am told it still thinks the UK is bluffing. It couldn’t be further from the truth.

READ MORE: SNP attacked after hitting out at Boris’s no deal Brexit plans

Mr Johnson reportedly told Mr Barnier not to bother contacting each other and claimed the EU is only offering a deal to benefit itself.

Mr Smith continued: “What the EU is offering is a deal to benefit itself.

“The EU exports goods and agricultural products mostly and these would be tariff-free, which would be to the EU’s benefit.

“But the UK services make up 80 percent of our economy and these need the EU and the UK to agree to mutual recognition of ours and its standards.

The EU refuses to do so and that means any deal will be a one-way street favouring the EU.

“That, by any definition, is bad faith and it will be the guilty party.”

During negotiations, fishing rights have been one of the main issues in discussions.

Under the controversial Commons Fisheries Policy (CFP), all member states are given access to EU waters via quotas.

As the UK has a large coastal area, critics have often argued the system is unfair.

While negotiations failed to come to an agreement, European Council president Charles Michel admitted he wants to end talks with a deal in place.

He tweeted: “We want an agreement but we also want to protect the level playing field.

“It’s a question of fairness and the integrity of the single market.”