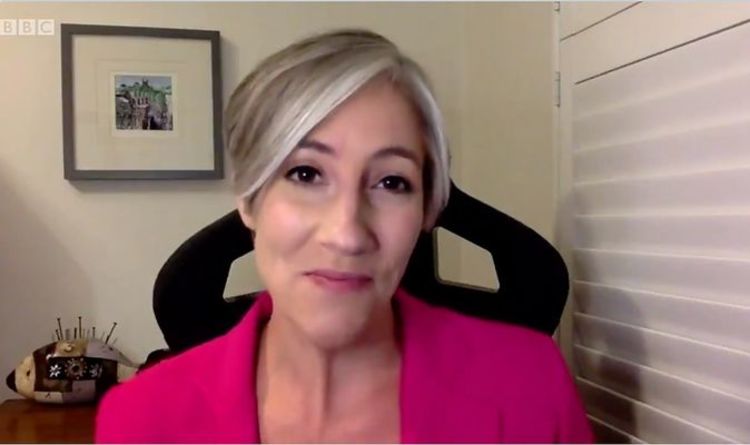 Speaking on BBC Newsnight, Lib Dem MP Daisy Cooper repeatedly ignored questions on whether the Lib Dems would stand aside or hold back for the Labour party. The comments come just days after the Lib Dems caused a stir within the Tory headquarters by winning a by-election in Chesham and Amersham.

Ms Cooper said: “I think in many cases the idea that political parties can do a deal behind the scenes – many voters feel very uncomfortable about that.

He said: “Nick Watt, our political editor is very well informed. He says that you are going to lay off a bit in Batley and Spen.

“Are you going to hold off in Batley and Spen and let Labour campaign directly against the Conservatives?

Ms Cooper sidestepped the question, saying: “Voters want to know what their choice is at election time.

“In Chesham and Amersham, we made it absolutely clear, as we will do in many places across the country, where Liberal Democrats are in second place to the Conservatives, we are the best choice to beat the Conservatives at those elections.”

According to recent polls conducted for the Batley and Spen by-election, the Lib Dems are well behind the Conservatives and Labour in third place.

During a visit to the West Yorkshire constituency on Friday, the Prime Minister said it was his party’s “mission” to “level up” the region.

Mr Johnson said: “That means looking at all the issues that matter, whether that’s people’s education, improving skills in this area, working with Kirklees to improve skills, putting more money into apprenticeships.

“Opportunity isn’t equally distributed and the objective of levelling up is to work with great people in West Yorkshire, in Batley, to give young people growing up in the area the chances they deserve.”

He warned voters “feel like we’re not on their side.”

On Thursday, Lib Dem candidate Sarah Green, overcame her Conservative rival in the Chesham and Amersham by-election with a majority of over 8,000 votes.

The shocking result in the historically Conservative constituency was seen as a “huge victory” for the Lib Dems.

The party’s leader, Ed Davey, said overcoming the odds to win the Buckinghamshire seat showed the “Tory Blue Wall is beginning to crumble.”